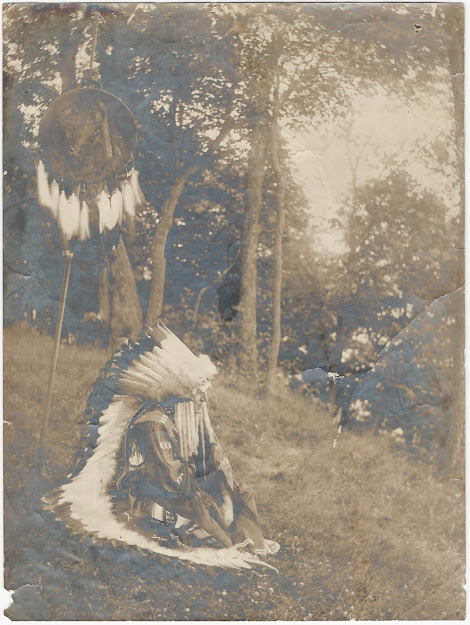 Inscribed in pen on the back- “George Rehse in full Indian dress a part of his collection”. George Washington Rehse (1868-1939) was a political cartoonist and a collector of American Indian arts and artifacts. The Sioux headdress he is wearing in this image appears to be the one now in the collection of the National Museum of the American Indian. It was lent to the Museum by Rehse from 1922 to 1925, and then purchased by the Museum in 1938.

Silver photo. 6”x8”. Rough, including creases and corner damage, and a crease on the right side that is starting to turn into a crack/tear. $125

Posted by Joslinhall at 4:50 PM